We ended our Asian chapter with 1 week of citytripping in Hong Kong. The destination had been on my wishlist for a while, so now we were ‘in the neighbourhood’, we thought it was the right time. And it definitely was!

Hong Kong is much more than skyscrapers. The urban planning is fantastic if you ask us. Putting all people close to each other (vertically) enables nature to be very close too. The sea not only splits the city centre in two, but you have beaches and fishing villages in less than 30 minutes metro or ferry. The mountains create a perfect backdrop for the skyscrapers, ideal viewpoints for the city’s skyline and make a beautiful hike just around the corner. And with everybody living and working in such a compact city, it is possible to have a proper working public transport system and less traffic on the roads as a consequence. You can find about everything on walking distance, incl a huge swimming pool for Dave. Still Hong Kong also made a lot of place in their urban planning for green areas, there are more parks than any city I’ve seen before.

– beaches and mountains at Lamma island, a 30 minute ferry from central Hong Kong – 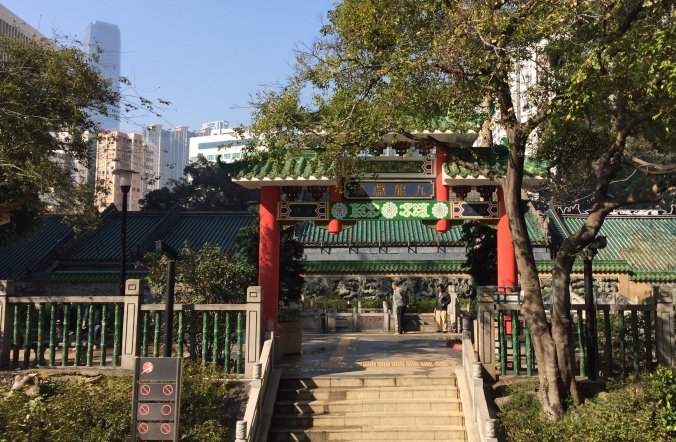 – temples and parks with skyscrapers in the background –

So I think all this green and all this variation really made us like the city a lot. You’re whether in the city or in the nature, it’s as simple as that. Not a lot of suburbs in between. Admitted, every citizen would probably like to have some more m2 living space, but I believe this is exactly what Leo Van Broeck (Vlaams Bouwmeester) means with urbanity, creating a more sustainable way of living for the growing population.

Living in a western city ourselves, also made us feel a bit more at home in Hong Kong than in a rural village of southeast Asia. We could go for a drink anytime. If we had a craving for a decent coffee or croissant, it could be satisfied. We could read the menu again and had plenty of choice in food. We could read the street signs too and even have a chat with the cashier from 7-Eleven. None of those seem important until you’ve lived without for a while!

– lots of great food to discover in Hong Kong. We became big fans of the Korean cuisine –

We also wanted to be a little bit more cleaned up. Like at home. While we hadn’t bother too much about zip-off pants and stretch leggings in the rest of Asia, we were much more aware of how we dressed and looked, so we got ourselves a few jeans to feel a little better. I wouldn’t say Hong Kong is the metropolis of style, still all girls wandered around with pretty hair and some fine make-up. After 2 days I got a small identity crisis for being frumpy. It made me think how important your environment is for how you feel…

The last thing that made us feel very much at home in Hong Kong was the presence of our dear friend Els. She joined us to explore Hong Kong for 6 days and catch up. We spent many hours chatting just like at home. We didn’t have to explain where we came from and where we were going. We could just talk for hours about anything. When she left a day before us, we both felt homesick and cut of from our lives at home (again). And it wasn’t because she took home our decent jeans. 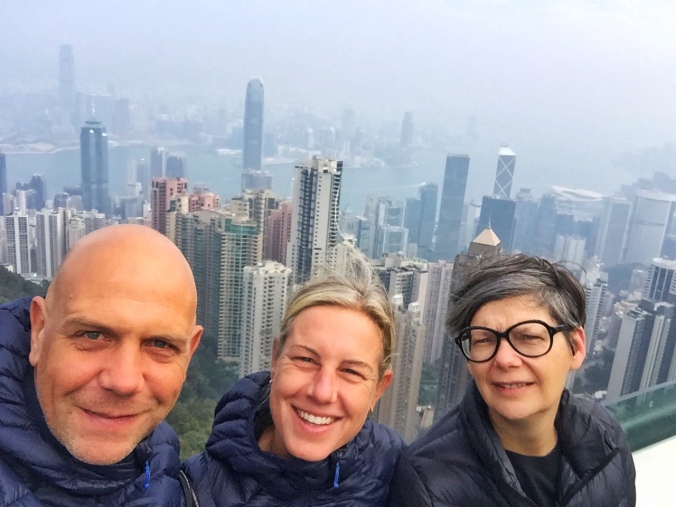 We heard from long time travellers before that it’s a good idea to have a ‘western’ break in a year of travelling. I think now they’re totally right: it does well to alternate adventure. So we’re happy we’ve added an extra western break by going to New Zealand next! Back on the bicycle this time…