We’ve just spent 5 weeks in Nepal, its cities, its mountains and its countryside. And although we haven’t crossed the entire country, I think we had enough time to get to know it a little bit. And we also got to know ourselves a little better!

Nepal is not the easiest country to cycle. It’s not even easy to drive a car or bus, since the roads are in a horrible state. Even the main highway between the 2 biggest cities (Kathmandu and Pokhara) is best driven with a sturdy 4-wheel drive and a lot of patience. Nepal is really struggling with it’s road system: most roads lie in steep valleys making them very vulnerable for landslides. China and India come over and help out sometimes to put roads in places of their interest (mainly connected to temples/stupas the Chinese and Indian tourists come to visit). Many other roads and bridges are damaged even before being finished. All this results in poor public transport where it takes a bus on average 13 hours to cross 150km.

Choosing Nepal as our first country to cycle was not that smart after all. We have spanking new bicycles, still eager to keep them in good shape and not break them in 2 pieces on these rocky roads. Cycling on dusty roads while breathing smog is not what we had in mind. And having 600km on the meter in one month time, doesn’t really feel like your getting somewhere.

What we’ve learned: We definitely feel we’d like to move on quicker. We definitely still choose to travel with bicycle iso travelling with a bus. But we prefer to cycle on better roads with better air, and to really cycle iso walking next to our bicycle.

Besides all of them spitting on the street, the Nepali are just great. We felt so safe here in Nepal. You can just put your bicycle and bags wherever you want and it will not be touched. They always have time for a smile, a wave, and if their English is good enough, a friendly chat.

They are by far the most hospitable people. They trust you in their house, even when they’re not around. They trust you will pay the bill. They are always helpfull and extremely relax. They exhale a kind of calmness that is contagious. And they really don’t care if your clothes are dirty and your hair is messy.

But you also see that the Nepali are struggling. They’re still busy meeting their basic needs. This is one of the poorest country in the world and you see it. And it’s hard to see, because they just don’t have all the chances we have (and find absolutely normal: food in the fridge, kids at school, a dustfree home, …)

What we’ve learned: We can become a lot better at giving trust to strangers and getting trust back. By opening up our houses and by having time for others. By staying calm, even if the situation is far from calming. But we also got hit harder (harder than I thought) seeing them struggling. We would like to help, but the challenges are so big we don’t see where to start. And that’s pretty frustrating.

Aaahhhh the mountains, they are just simply amazing! I could keep watching those for days! In 1 small country you can go from tropical jungle up to +8000m and that’s just extra-ordinary! It’s logical that the whole world is coming over for a hike.

But nature is suffering too. Sherpa’s told us that they have seen so many glaciers dissapear over the last 20 years. What used to be covered in snow whole year round, is now a dry rocky tip. Landslides appear more often because of the big cement industry down in the valleys. Rivers are running dry, and if not, become a stinky dumping ground.

If this continues, there might not be a drop of snow on Annapurna in let’s say 50 years. The world’s water ressources are running dry. And it’s sad to hear that ‘global warming’ is pretty well known, but very little is done. As said before, the Nepali are still struggling with basic needs. They’re not really busy sorting their waste but throw it on the street instead. And owning a car/motorcycle and/or eating more meat is still what they dream of and pursue.

What we’ve learned: If we ever come back, it’s to be in these magnificent mountains. Or to help the people. Because it really makes us pessimistic with regards to Climate Change. 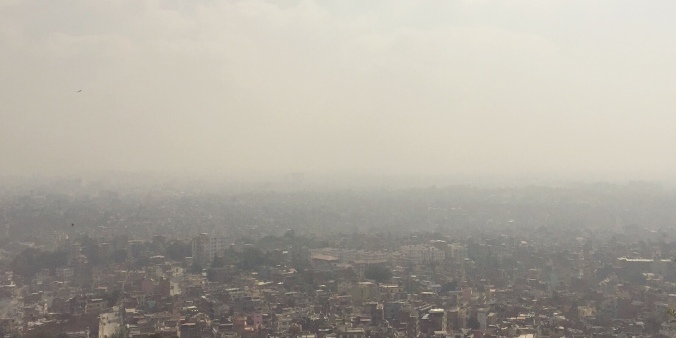 We’ve spent quite some days in Pokhara (recovering from the Annapurna trip) and Kathmandu (planning the next step of our journey). It probably was a little too long, but is allowed us to get outside of the tourist zones and get a completer view of the cities.

Some people described Kathmandu as a cosy city, and I guess 20 years ago it probably was. Now, with over 1 million people living in the capital, the whole valley is one big dusty smoggy suburb. Kathmandu is the 7th most polluted city in the world, and they were happy to announce it had improved as they were 6th last year.

But it’s not all bad. There are some cool places to discover like Bouddhanat area and Lazimpat. We were happy to observe the Dashain (local Xmas) shopping maddness, cultural festivities and at the same time glad to find little hidden gems like a Social Cafe who donates part of its turnover to a local good cause and even a Food truck park.

What we’ve learned: Even if we are city lovers, citytripping is not the best reason to come to Nepal. But when in the city, it’s always worthwhile to get out of the tourist areas like Thamel or Lakeside, as that’s where you’ll get the tastiest food and the best overall city feeling.

The conclusion after 5 weeks in Nepal 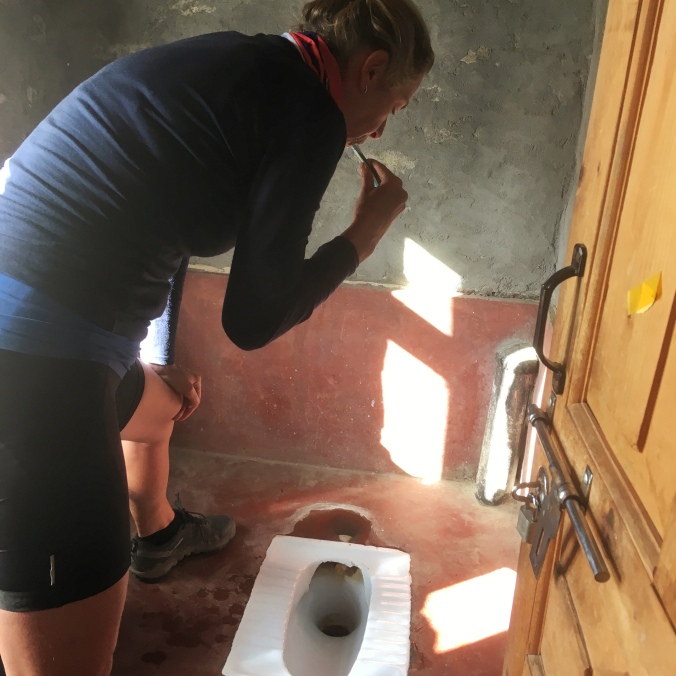 We wanted adventure and we got it. We went seriously out of the comfort zone. We have experienced amazing things, pushed our limits and have felt alive every single day.

But now we want things to be a little easier on us for a while. And that’s why we decided to fly to Malaysia instead of continuing towards India and Bangladesh.

What we’ve learned: even if I thought I would like to be amazed and challenged every single day, I learned to admit that that might just be a little too much and a little closer to my comfort zone from time to time does me well too. And luckily I have a great husband who learned this too 😉

What we’ve learned too: 5 weeks into our gap year, we still have approx. 45 more weeks to go. And having all this time is just an amazing feeling! We might not have the luxury these days that come from having stuff or a warm house to call your home, but we already feel very spoiled because we have plenty of time. 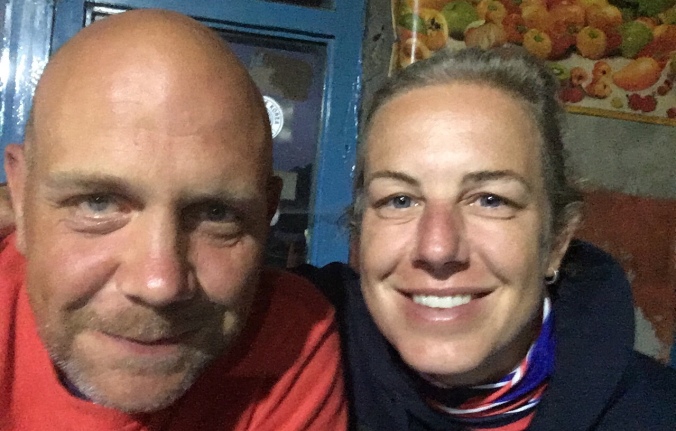