When planning our trip, we had to find a way to connect our main destinations, meaning how to get from Asia to South America. We had 2 options: fly over Europe or fly over Oceania. As Europe would be a little strange in the concept of a world trip, we choose Oceania, and more specifically New Zealand as I had already travelled to Australia. With not too much attention we booked a flight to and from Auckland, with just a few weeks stopover. What originally was a pragmatic destination eventually became a very welcome western break.

A language we understand

After almost 5 months in countries where you don’t speak the language and sometimes can’t even read the writing, it was very comfortable to be able to understand everything again. It is also a key enabler for a better contact with the local people, which we really missed in Asia (and where we didn’t stay long enough in a country to learn more than the basics). Sharing a language definitely makes a big difference in your experience of a destination.

And as many New Zealanders were very chatty, it was really easy to connect with them. For a population that lives quite isolated (both from the rest of the world as within their country – closest neighbour could be 20+ kms away) it was really funny to see how they do want to talk if there’s somebody around. Maybe because they don’t see a lot of people, they take any opportunity they can for a chat? 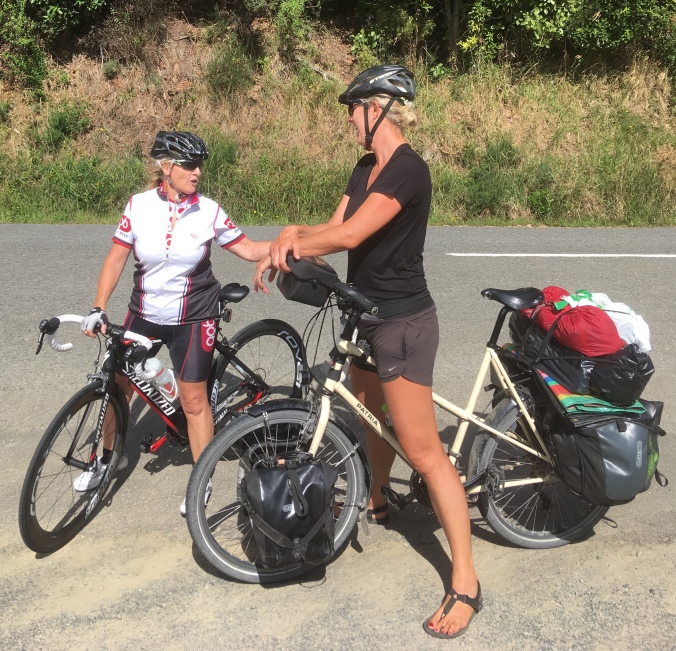 – Donna from Picton cycled past us on her Sunday morning ride, and chatted with us all the way up. She invited us for staying with her later on. –

We learned much about New Zealand from those converstations. Like how they’re fond of their very young female prime minister (who even got a baby while in function). How a sheep farm works (most of the lamb meat gets exported to China and that determines the prices in the local supermarket). How busy they think their capital is (which is nothing compared to other places we’ve been before) and how dangerous they find the roads for cyclists (which was rather easy after having cycled in Vietnam).

We were also really happy with western style supermarkets. This might sound stupid but after 5 months of roadside noodles and rice, we really got to miss a basic thing as a supermarket with similar range as back home. So we really indulged in all the good food we could find, from tasty local avocados to lamb sausages and almond croissants. And for drinks, we could get wine ànd different local craft beers. Bliss!

– We started cooking our own food again after months of eating out for breakfast, lunch and diner. And like at home, vegetables and cheese were our main ingredients. –

Main reason to go to New Zealand of course is its stunning nature. Sometimes it ressembles the Alps, at other times it could be Ireland/Scotland, Corsica or Iceland. And the far south of New Zealand apparently ressembles Norway, although we can’t say for sure as we haven’t been in Norway nor in the south. But the best thing of all, it’s al connected! So in the morning you could cycle in Tuscany, and in the afternoon in Iceland. Being as far as you can possibly get from Europe, it’s bizarre that the environment can look so similar. 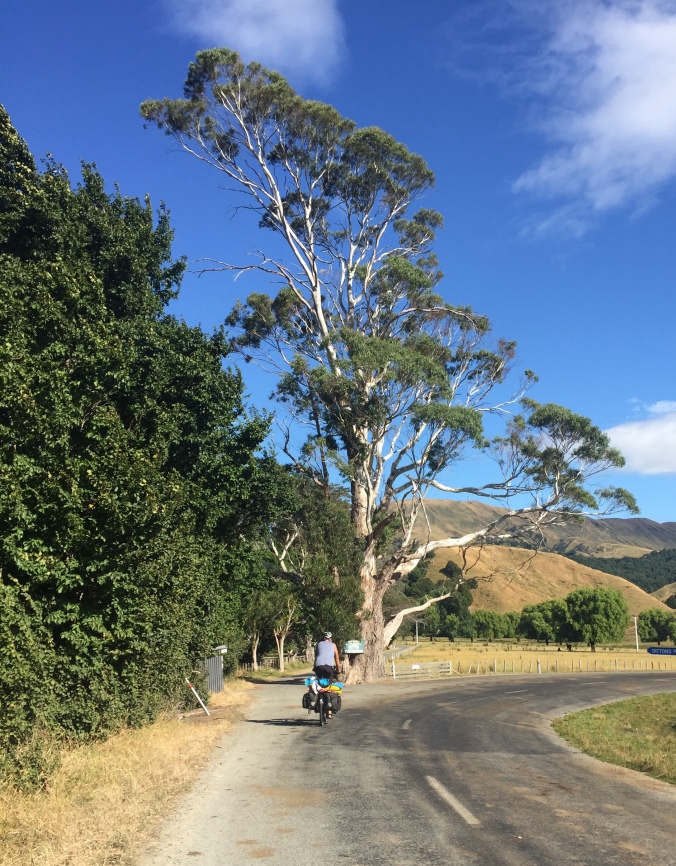 With hardly any ugly road to find, New Zealand is cycling heaven. And NZ Cycle Trail developped great routes all over the country. That said, you really need to like cycling hills as there aren’t a lot of flat roads around. Every 500m, you go from 50km/h downhill to 5km/h uphill. All day long. But that didn’t keep us nor others from cycling around. We met a lot of fellow cyclists, mostly Europeans. And most of them spend several months in New Zealand.

– 2 days of cycling through this desolate Rainbow Station Valley. Even while I was pushing my limits once again, it will surely be one of my favourite memories of New Zealand –

Citylife too looked more western. With coffee bars all over the place. And malls and cinemas and bicycle shops with the right spare parts. But here we missed some history and culture. Not that we’re active museum goers, but young cities really lack some kind of personality. Especially in its architecture.

But what they lack in history, the New Zealand cities make up in scenery. The major cities Auckland and Wellington are beautifully situated in stunning bays and build on soft or steep hills, that gives them another kind of pretty look .

When we just started travelling, we met a german couple who were also on a 1-year trip, but already for the 3rd time. These experienced travellers told us they preferred to have a western break in the middle of their year. And I can say it indeed did well after been far away from all things familiar for months.

But now it’s time for a new adventure, to move away again from the things we know, to explore new territories. And also time to brush up and improve our Spanish, so we can keep connecting!

One thought on “Western break in New Zealand”